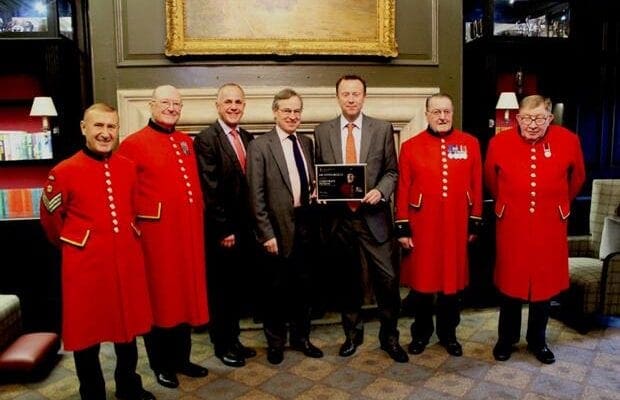 Since 2014 Mr Fothergill’s has donated 25p for every packet of seed it sells of poppy Victoria Cross, and has pledged to continue to do so until at least 2018, which marks the centenary of the end of World War One. To date the Royal Hospital Chelsea has received more than £39,000 from the promotion.

Mr Fothergill’s commercial director Tim Jeffries commented: “We are thrilled about our links to the Royal Hospital Chelsea, and honoured to be its first corporate patron. What began as a marketing initiative to mark the anniversary of the beginning of World War One has grown into what we hope and believe will be a long-term relationship. We find the Royal Hospital Chelsea to be an inspiration, from its caring staff and impressive setting to the Chelsea Pensioners themselves. Our staff and the nation’s gardeners are committed in their efforts to raise money, and it is heartening that our retail stockists also want to know how much we have raised together for the cause. We really do see this as a ‘win-win’ relationship, and one of which we are immensely proud.”

Rachael Ferguson, the Hospital’s corporate partnerships officer, said: “It is an absolute pleasure to announce Mr. Fothergill’s as the first official Corporate Patron of the Royal Hospital Chelsea. Relationships such as these are key to maintaining the care and welfare of the Chelsea Pensioners. The significant financial contribution Mr. Fothergill’s has made towards the Royal Hospital Chelsea and the Chelsea Pensioners is such an asset; however, the passion and support that they give the Pensioners is also hugely significant for us. We look forward to working with the team long into the future and also hope to welcome many more companies with the same affection and dedication to the Royal Hospital Chelsea with the launch of this scheme.”

The Royal Hospital Chelsea was established in 1682 by Charles II to provide a safe home for military veterans ‘broken by age or war’, and the Christopher Wren-designed Royal Hospital admitted its first pensioners in 1692. The scarlet tunics and black tricornes of its residents and the Royal Horticultural Society’s Flower Show held in the Royal Hospital grounds every May are equally well known and respected around the world. 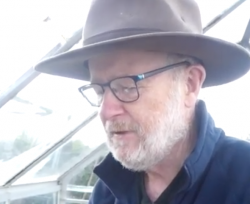 Tony Flanagan
Tony Flanagan is Kitchen Garden’s staff writer. He has been an enthusiastic grower of fruit and veg for many years. His favourite things to grow are peppers (sweet and chllli), tomatoes, herbs and beans. When he is not gardening or not writing about gardening, he is an avid Wolverhampton Wanderers fan. 07587038039 | tflanagan@mortons.co.uk