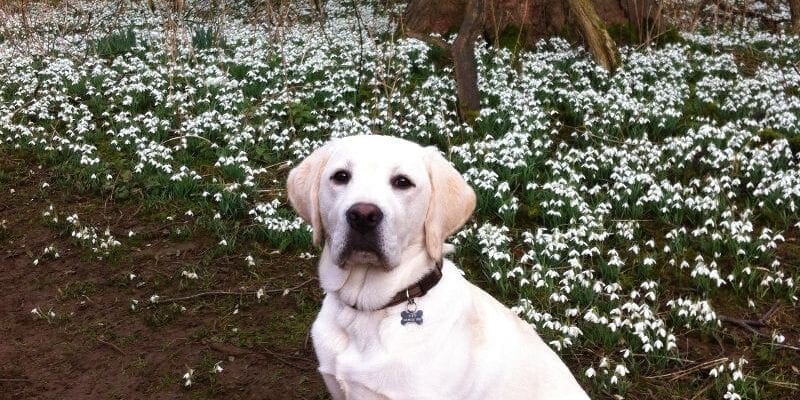 KG editor, Steve Ott ventures out into a cold garden to tackle the worst job of all – tidying the potting shed – and finds some surprises

It’s the time of year that many gardening Brits find so difficult – myself included. Festivities over, weather wet, grey and chilly, the garden still in a state of suspended animation. Well perhaps. The veg garden may be quiet as yet with just the old winter standbys of leeks, kale and cabbages to harvest and entice me on to soggy soil, but the flower borders are showing signs of stirring with bursts of colour from yellow witch hazel and pink viburnum in full bloom. I’ll be cutting some branches to take indoors. Just a few will perfume the whole house.

Then when out for my usually doggie walk in the local woods this morning I realised that the little patch of snowdrops that delights us every year with a sudden burst of early colour had emerged to brave the drizzle. Always a surprise they had appeared again as if by magic once to raise my spirits and get my horticultural juices flowing. Just the shot in the arm I needed to lift me from the late winter gloom.

With a spring in my step I decided to do some of the jobs I’ve been putting off for far too long, namely clear out the shed so that I won’t be buried by an avalanche of old pots whenever I open the door and to dust off my growing lights and hang them up in the greenhouse in preparation for sowing flowers and veggies.

I must be a candidate for the world’s most disorganised gardener. Much more interested in the job in hand, I’ll completely ignore any ideas of being tidy and throw compost, pots, seeds and tools every which way in an effort to do what I set out to do – whether it is pot up some cuttings or sow some seeds. Of course every time I do this the problem is compounded until it reaches the point where I can’t find anything and I either give up in a grump or go and buy something I already have, but can’t find in the chaos.

Well not now! It’s all clean and tidy with everything in its place and set for spring. I’ll appreciate it when the urgency to get everything sown in a few precious weekends takes over once again.

What has surprised me is just how much great stuff – and how much rubbish – I’ve accumulated in the two or three years since I last felt brave enough to tackle the mountain of ‘essentials’ I’ve crammed into one small shed. Now I can even get in there to shelter from the showers with a cup of tea. And I can shelve plans to buy another roll of ground cover fabric having found one unopened under a bench (no idea when I bought that!).

The best find of all? It was coming across an empty, nibbled packet of pea seeds and to find the peas carefully crammed into the fingers of one of my gardening gloves. Seems a resident mouse had been doing some tidying of its own!