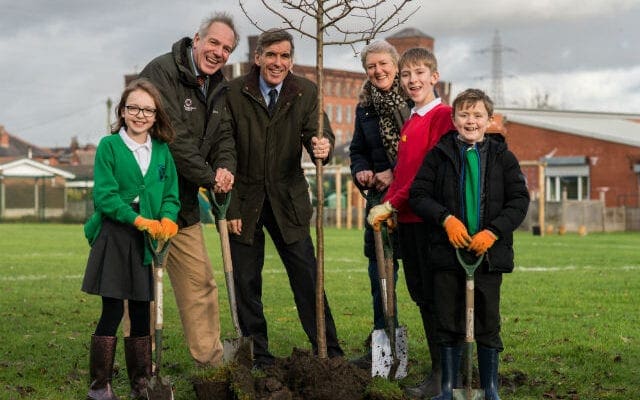 Over the next 25 years, the Woodland Trust and Community Forest Trust aim to plant more than 50 million trees from Liverpool to Hull, connecting the five community forests of the north – Mersey Forest, Manchester City of Trees, South Yorkshire Community Forest, Leeds White Rose Forest and the HEYwoods Project – with green infrastructure and woodland in and around its urban centres.

Government backing for the project was announced in January 2018 during the launch of its 25-Year Environment Plan, which includes a pledge to plant 11 million trees. Spanning more than 120 miles, the Northern Forest will boost habitats for wildlife and provide a tranquil space to be enjoyed by the millions of people living in the area.

Simon Mageean, Northern Forest programme director at the Woodland Trust, says, “A new Northern Forest will strengthen and accelerate the benefits of community forestry, support landscape-scale working for nature, deliver a wide range of benefits, including helping to reduce flood risk, and adapt some of the UK’s major towns and cities to projected climate change.”

Find out more at https://www.woodlandtrust.org.uk/blog/2018/01/new-northern-forest/