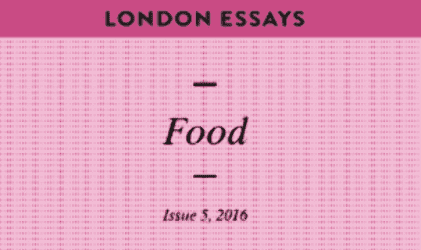 Each issue of London Essays, which is available free online, focuses on a single theme, and this time it’s London’s food scene.

The latest issue of London Essays includes an inspiring piece about Capital Growth, the London food-growing network, which set out to create 2,012 new food-growing spaces in the capital by the year 2012, and now has over 2,500 signed up. ‘In the last few years, thousands of acres of derelict land in London have been turned over to community growing. Urban farming has brought benefits that go way beyond locally sourced potatoes and cabbages,’ says Sarah Williams in her introduction to ‘Street Food’.

Each issue of London Essays, which is available free online, focuses on a single theme, and this time it’s London’s food scene. Other essays include ‘Poor Relief’, a thought-provoking piece on the politics of food banks by leading food writer Joanna Blythman, and ‘Decarbonising Food’ by Kath Dalmeny, Co-ordinator of Sustain, which sets out how to eat well within global environmental limits.