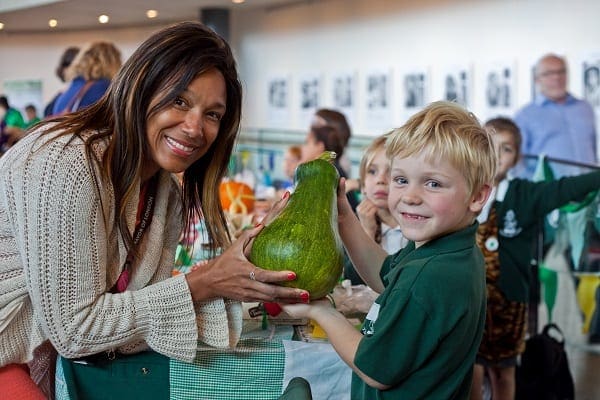 From strawberry jam to tomato ketchup to winter salad bags: young entrepreneurs from ten London schools showcased their produce at City Hall on October 13. They represented the increasing number of London pupils who are experiencing the benefits of food-growing since the launch of Food Growing Schools: London (FGSL).

The City Hall event was the sixth FGSL Schools Marketplace and saw the launch of the FGSL Interim Report, which sets out the wide-ranging benefits of school food-growing. There was also a Junior Gardeners’ Question Time, chaired by former ‘Blue Peter’ gardener Chris Collins, with food-growing questions answered by children from schools across London.

FGSL is a Lottery-funded project led by Garden Organic (GO) which aims to get every London school growing its own food. Eighty-seven per cent of London schools are now growing food – up from 72% in 2013, when the project was launched. Nearly 80% of schools engaged with FGSL have reported improved behaviour or attainment in pupils, and one in four schools now uses food-growing as a teaching tool linked to curriculum activities.

Chris Collins, who is also Head of Organic Horticulture at GO, says, “I’m lucky to be out and about meeting students all the time, and it’s been amazing to see the difference Food Growing Schools: London is having. Every school should take advantage and get involved!”