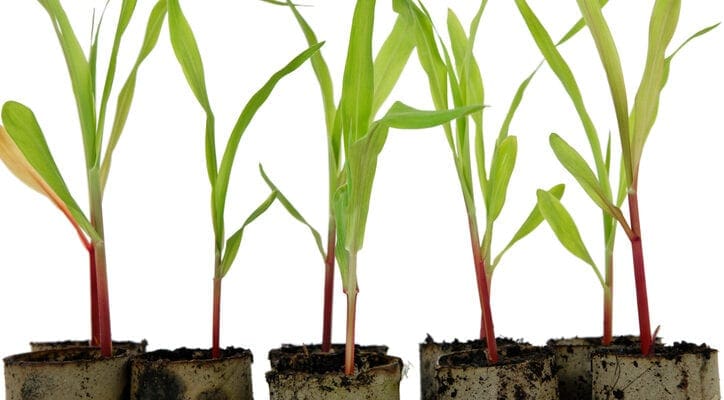 Plants ‘talk’ to each other using a complex underground communication system, according to a new study

Plants ‘talk’ to each other using a complex underground communication system, according to a new study by biologists at the Swedish University of Agricultural Sciences in Uppsala.

Previously, scientists have shown that when plants brush against their neighbours, they alter their growth strategies. Trees exhibit ‘canopy shyness’ and rein in their growth under crowded conditions. Others take a more combative approach, diverting resources from root growth to expand more rapidly above ground. The latest study reveals that this behaviour is driven not just by cues picked up by leaves but by chemical secretions in the soil.

Dr Velemir Ninkovic and his colleagues wanted to discover whether chemicals released by stressed plants could change the behaviour of their neighbours. They stroked corn seedlings for a minute each day using a make-up brush to simulate the touch of a nearby plant, and then collected the chemicals secreted by the roots in the seedlings’ growth solution. When new plants were placed in the same solution, they responded by directing their resources into growing more leaves and fewer roots. Seedlings that were placed in growth solution that had previously hosted untouched plants did not show this behaviour.

“If we have a problem with our neighbours, we can move flat,” says Velemir Ninkovic. “Plants can’t do that. They’ve accepted that and they use signals to avoid competing situations and to prepare for future competition.”

The findings were published in the journal PLOS One. Find out more at https://www.atlasobscura.com/articles/do-plants-communicate-underground