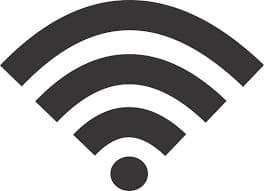 A scientific review of the impacts of electromagnetic radiation launched today reveals our limited understanding about how changes we are making to the environment may be damaging wildlife. Pollution levels have been rapidly rising, and plans for saturating coverage of Wi-Fi and 5G will push levels higher still. Despite concerning evidence that such radiation could harm plants, insects, birds and other species, there is very little work under way to understand the impacts or to apply even basic pollution limits.

Following a proposal by Buglife a review of the impacts of electromagnetic radiation on wildlife was undertaken by EKLIPSE, an EU-funded mechanism that considers policy relevant knowledge relating to human interactions with biodiversity and ecosystems.

The review found evidence that electromagnetic wireless signals, including from powerlines, radar, TV/radio broadcasting, Wi-Fi and 2G/3G/4G communications pose a credible threat to wildlife. While surprisingly few studies have been published, from the 97 usable papers the scientists highlighted electro-magnetic radiation as a potential risk to bird and insect orientation and movement, and to plant metabolic health. Serious impacts on the environment could not be ruled out.

The authors of the EKLIPSE review conclude that there is “an urgent need to strengthen the scientific basis of the knowledge on EMR and their potential impacts on wildlife. In particular, there is a need to base future research on sound, high-quality, replicable experiments so that credible, transparent and easily accessible evidence can inform society and policymakers to make decisions and frame their policies.”

The increase of electromagnetic radiation and its potential effects on wildlife has recently been identified by an international expert group led by Professor Bill Sutherland of Cambridge University as one of the 15 emerging issues that could affect global biodiversity, but that are not yet well recognised by the scientific community (Sutherland, 2018).

Buglife CEO Matt Shardlow said: “We apply limits to all types of pollution to protect the habitability of our environment, but as yet, even in Europe, the safe limits of electromagnetic radiation have not been determined, let alone applied. This is a classic case of out of sight out of mind, just because humans cannot see electromagnetic radiation this does not mean that animals cannot ‘see’ the pollution or be significantly impacted at a neural or cellular level. A proper research programme and clear policy measures are long overdue.”

As of March this year, 237 scientists had signed an appeal to the United Nations to take the risks posed by electromagnetic radiation more seriously.