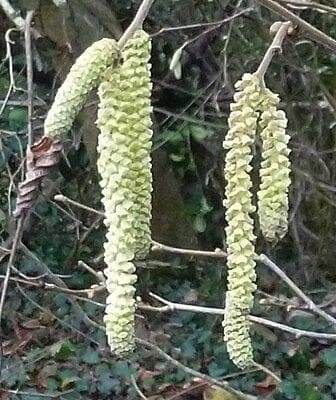 What effect has recent weather had on wildlife? Is climate change affecting timings in nature? Join Nature’s Calendar and help scientists to track the effects of weather and climate change on wildlife in your area.

Nature’s Calendar is the UK’s biggest record of the changing seasons, with over 4,400 nature-watchers noting the behaviour of 70 species of plants, animals and fungi, from the first ladybird to the last oak leaf. The survey is a continuation of seasonal recordings which date back to the 18th century.

To take part, the only requirement is that you visit the same outdoor spot regularly – so gardeners qualify straight off. Non-gardeners could submit records from their route to work, or their favourite dog walk. All you need to do is note the date of seasonal changes and log them on the website.

Alarmingly, the first record for the 2018 season was submitted in October. The project has been receiving records of spring events up to four months earlier than expected. It has already had five records of hazel catkins, and the first of these, from Southampton on October 27, is the earliest recording of this since 2000. The baseline average for hazel flowering is March 2. There has also been one recording of elder budburst, on December 16 in Cardiff. The baseline average for this event is March 19.

Charlotte Armitage, the project’s Citizen Science Officer, says, “Although we’ve only had a few spring records, it illustrates how delicate the balance is for species and the seasons. It’s also a reminder that the start of spring is just around the corner; from as early as January we will start to see species such as snowdrops return.

“The more records we have sent in by people across the UK, the more robust and rich our data is for scientists. If anyone is looking for a New Year’s resolution, there’s nothing easier than becoming a citizen scientist with Nature’s Calendar!”

Find out more and start recording at https://naturescalendar.woodlandtrust.org.uk/